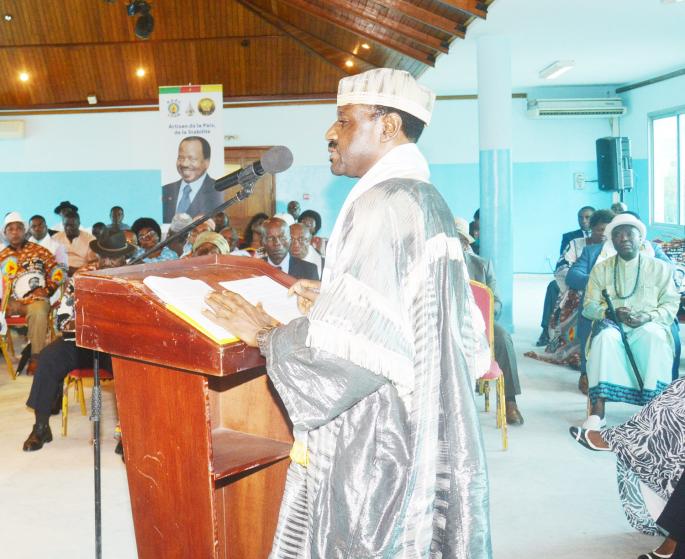 Militants out of home soil are expected to protect and promote the image and interest of Cameroon and CPDM, it emerged from the training last Friday June 23.

At the seminar grouping the seven section presidents of Africa in Douala, the Secretary General in his speech dwelled at length on the expectations of the Party’s top management from these sections.

“You should keep in mind that you are the representatives abroad of the President of the Republic’s Party.” According to the SG, it is a “privileged position” and although militants abroad have no mandate or diplomatic status, because the CPDM separates the state and the party they are “ambassadors” of the ruling party and Cameroon and for that reason the CPDM supports the State and government.
He entreated the section presidents to pick accurate diction that would sell the achievements of government working hard to improve on the living conditions of Cameroonians under the authority of the Head of State Paul Biya; which are impressive in quantity and quality in all sectors and throughout the country.
From the preservation of peace, the consolidation of national unity, the construction of health infrastructures, education, transport or sport; the fight against youth unemployment, the scope of freedoms and others, militants in diaspora need to avail themselves with the right information, and talk with and out of conviction.
Unfortunately, less is said about these successes under difficult circumstances and detractors of the regime through the social media and other mediums focus on what government failed to do, distort what was done and suggest the opposite of government’s plans. The ongoing crisis in the North-West and South-West regions is a square fit. Government has provided “fair answers” to the grievances of the lawyers and the teachers according to the SG but the atmosphere is yet to return to normal. Extremists living abroad with a huge appétit to knock the country off balance ignore the good faith of the government and preach hate and violence. Therefore, it is crucial for the section presidents and militants abroad to know and disseminate the right information among compatriots and hence punctuate the lies and unrealistic promises of radicals.