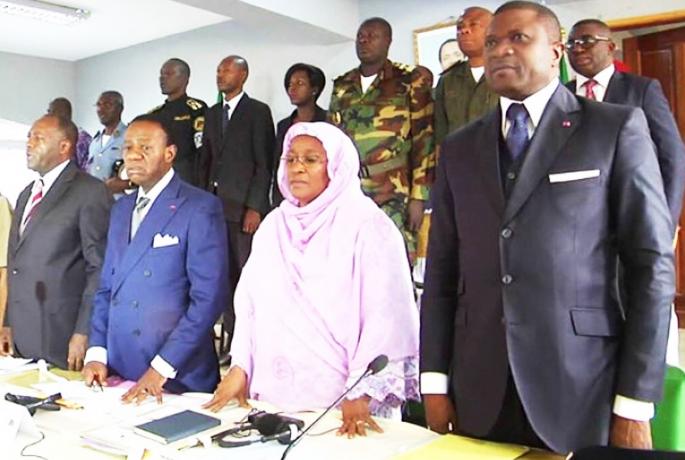 President Paul Biya’s decision to discontinue proceedings against those arrested during the Anglophone crisis is one of many measures taken to solve the complaints raised and restore peace in the two troubled regions.

In response to the worries of the lawyers, the road of solutions started off with the presentation of the English version of the OHADA business law by the Permanent Secretary of the organization to the Secretary General of the Presidency of the Republic on November 28, 2016. Then, on November 29, 2016, the Minister of Justice symbolically handed over copies of the English version of the treaty and other texts to the President of the Cameroon Bar Association.

Meanwhile a Common Law Division has been created in the National School of Administration and Magistracy (ENAM) to cater for the training of judges and other court personnel in the domain of common law. In the meantime, a competitive examination open only to English-speaking Cameroonians was written last month to select 80 personnel of the judiciary to fill the void in the field, this selection will run for four years, annually. Still in the area of training, the Minister of Higher Education opened new common law departments in State universities of French-speaking character and included public law in the two-Anglo-Saxon universities of the country. Moreover, French-speaking judiciary personnel were moved out of the courts in North West and South West and those of English expression were redeployed to the two regions and appointed in a presidential decree. Also, a common law bench was created at the Supreme Court through an amendment of a bill at parliament.

In the education sector, from December 23, 2016 the Minister of Secondary Education transferred English speaking teachers to the North West and South West regions and those of French expressions from the two regions in response to the grievances of unions.
Additional specialties have been opened in certain technical and vocational schools in both regions to cover the insufficiency of teachers in the technical fields. And to cover the gap of teachers, the recruitment of 1000 young bilingual teachers specialized in the field of science and technology, instructed by the Head of State, is under way.
In higher education, the recruitment of English-speaking teachers is ongoing in the eight state universities. At the same time, Minesup is redeploying teachers and administrative staff who are not fluent in English. To give a push to private schools, government paid out FCFA 2 billion in subsidy to institutions of the English subsystem. Meanwhile in the universities of Buea and Bamenda, government has significantly increased direct grants and budgets.

In addition, other issues related to the use of “multiple choice questions” (QCM) in examinations and the lack of practical experience of graduate students in ENS, the inadequacy of qualified English-speakers in certain subjects in the fields of commerce, poor English proficiency by French-speaking teachers in their specialties, harmonization of studies in the Master’s program and cutting off the hand of the Ministry of Higher Education on entry into vocational schools have also been examined and appropriate answers found.
These are not the only measures but these were chosen to demonstrate government’s willingness to find solutions to the grievances. The upcoming National Education and Judiciary Forums will certainly bring more solutions.