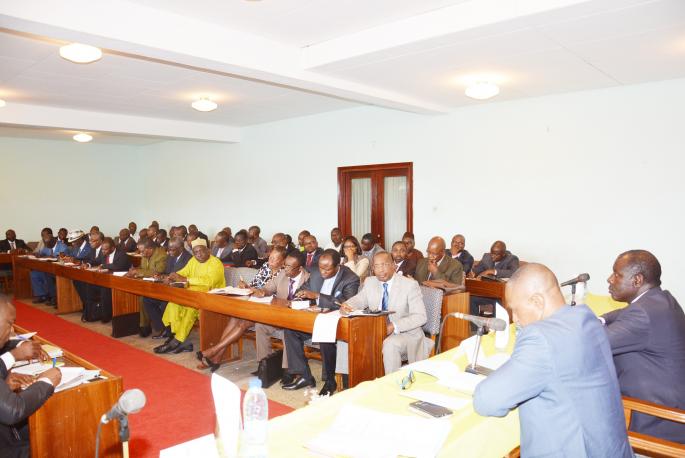 The Central Committee of the CPDM will on 16 March organize a series of conferences in the 10 regions of the country.

Teams from the Central Committee of the CPDM will hit the regions next week, as part of the activities of the Secretariat for Political Training and Education, and the Academy of the party. It is in line with the missions of these two structures of the party. This will be special training sessions for senior party officials, to be coordinated by experts picked from within the CPDM, under the coordination of the Central Committee’s permanent heads of regional delegations.

Although for the moment, the theme of these special training sessions is under wraps, the training could hinge on galvanizing the militants in particular and the electorate in general; in the perspective of elections scheduled this year. This could be judged from the calibre of the sieved participants. In a statement, Prof. Jacques Fame Ndongo, Secretary of Communication, said the training envisaged at the headquarters of each permanent regional delegation concerns members of the Central Committee, members of the national bureaux of the specialized organizations of the CPDM, members of the regional and divisional permanent delegations of the party, members of government, the Economic and Social Council and parliament, the mayors on the CPDM ticket, the presidents of CPDM, WCPDM and YCPDM as well as general managers of state-owned and run institutions and companies.

A two-person team consisting of a moderator and a speaker, will run the seminars in the headquarters of ​​each permanent regional delegation of the Central Committee of the CPDM, according to the modalities and the program which will be outlined to the interested parties during the preparatory meeting. The Secretary General of the Central Committee Jean Nkuété will chair the meeting as from 10:30 am at the headquarters of the party in Messa-Yaoundé.

This is the second series of training seminars organized under the auspices of the secretariat for political training and Education and the Academy. The first between late 2016 and early 2017 was a resounding success. The training centred on campaigns ahead of the October 2018 presidential election, during which, the party candidate had more than 71% of the votes.

The seminar comes a week before the 34th anniversary of the party’s ‘birth’ on 24 March, 1985 in Bamenda.