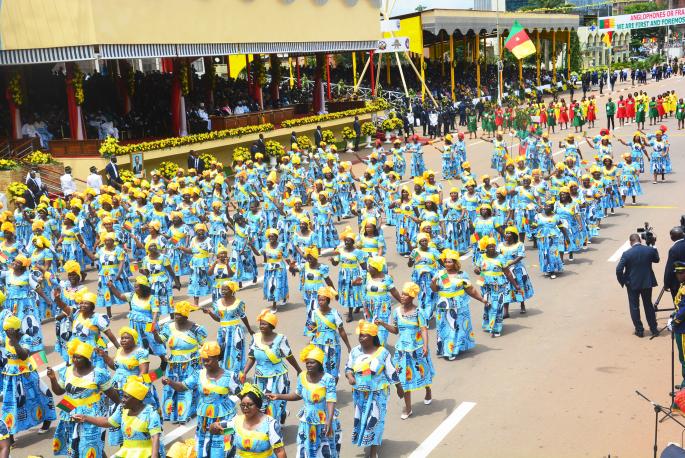 Yaou Aïssatou, president of the National Bureau of WCPDM has beckoned women not to be self- doubters but to be more representative in the frontline race for elective roles.

The ‘more women in politics’ movement is sure yielding fruits, as the number of women in the political realm keeps increasing but a lot more is expected of them as they are considered to numerically outweigh the menfolk according to statistics. In a recent conference in Mfou, organised by the women’s wing of the Mefou and Afamba South Section, Mrs Yaou Aïssatou praised the women for holding the meeting, recalling that it was a fundamental activity in the life of the section. Adding that section conferences were the fora par excellence to discuss salient issues concerning the Party, she praised Mbezele Eyenga Xavérie, section president for meticulously preparing the meeting.
In her message to the women the president of the WCPDM Bureau made it known that the extension of the mandates of MPs and Councillors gave the women the opportunity to better prepare themselves to take on such roles when the elections would finally be organised. According to Mrs Yaou, “this is not the time to slack and relent efforts but rather to continue the groundwork in a bid to consolidate CPDM’s position on the political checkboard”. It is even more imperative for women to be front liners as they have the backing of Paul Biya National President of the Party who has often voiced his confidence in the amazons. While waiting for the elections, she exhorted the women to go in search of new voters and get them registered. She stressed that it was incumbent on the women to take the initiative by being more visible and proactive by showing their leadership skills. A US female senator once held that “the problem for women is not winning, but deciding to run” and that is why the National Bureau of the WCPDM through its president is continuously ringing the bell to wake slumbering women to take the decision of occupying roles hitherto considered for men. It is more than time for women to take their destinies into their hands and answer the President’s call of supporting his vision of promoting the Cameroonian women during this seven-year mandate.
The time when certain roles were only attributed to men is long gone thus reason to demystify leadership by women. It is thus Mrs Yaou’s plea for the women to sit up and take the bull by its horns.