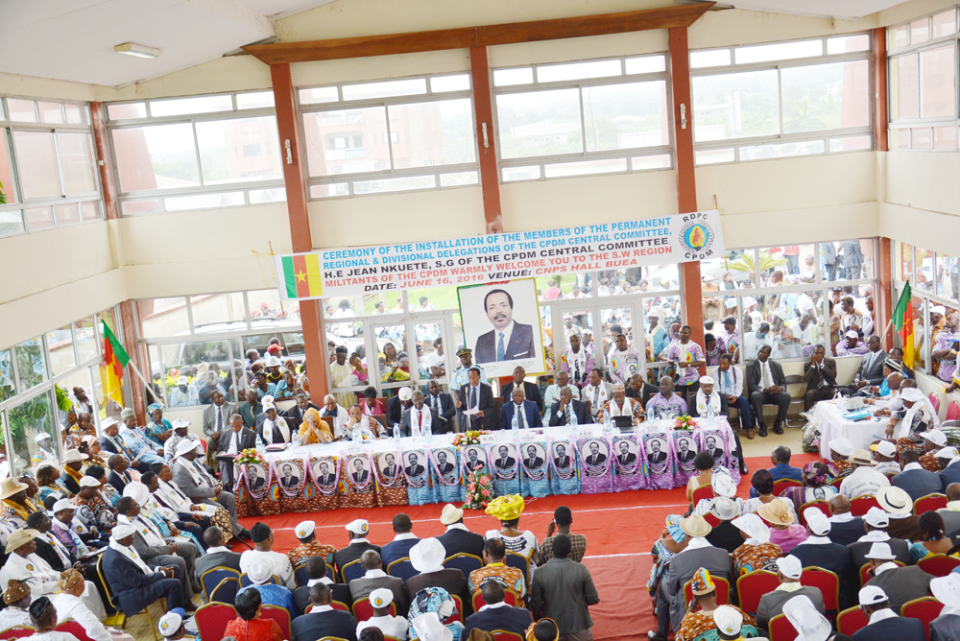 The convening of the electorate for the reorganisation of the CPDM party basic organs by the National President, has taken most of the section presidents and party officials in the South West Region by surprise. Many had hoped that after the 2015 reorganisation exercise, the party may not have the resources and time to call for another election before the 2025 presidential election. As such, most of this category of party officials believed that their mandate would only end in 2025.
The hopes and aspirations of this group of section executive members in the South West Region was further heightened by the outbreak of the socio-political crisis in the two English-speaking regions. They felt that the state and the party were preoccupied in seeking long lasting solutions to the crisis rather than going into party elections. As such national programs such as the major national dialogue, creation of the Bilingualism and Multiculturalism commission, the Disarmament, Demobilization and Reintegration commission, and a host of others, according to this group of party officials were more preoccupying than calling for internal elections.
To further accelerate their hopes, the covid 19 pandemic hit the national territory last year. With the outbreak of the pandemic and the government barrier measures, they thought that the government would target the pandemic before any elections. Some section presidents even boasted that nothing like reorganisation could be possible with the present challenges.
Even when the National President called for the validation of militants of the basic organs in March and April 2021, most militants and officials manifested a lack of seriousness. Some sections treated the validation exercise with lavity reasons why most of them are crying foul that names of persons were omitted. Most militants, who failed to get their names validated, are in total frustration after finding out that only validated militants are eligible to vote.
The unpreparedness of most section presidents will be exposed in the manner in which they will participate in the reorganisation exercise. It is possible for the reorganisation exercise in most sections to suffer disorders, open confrontations and post elections petitions, if the party fails to assign the rightful persons to oversee the exercise.