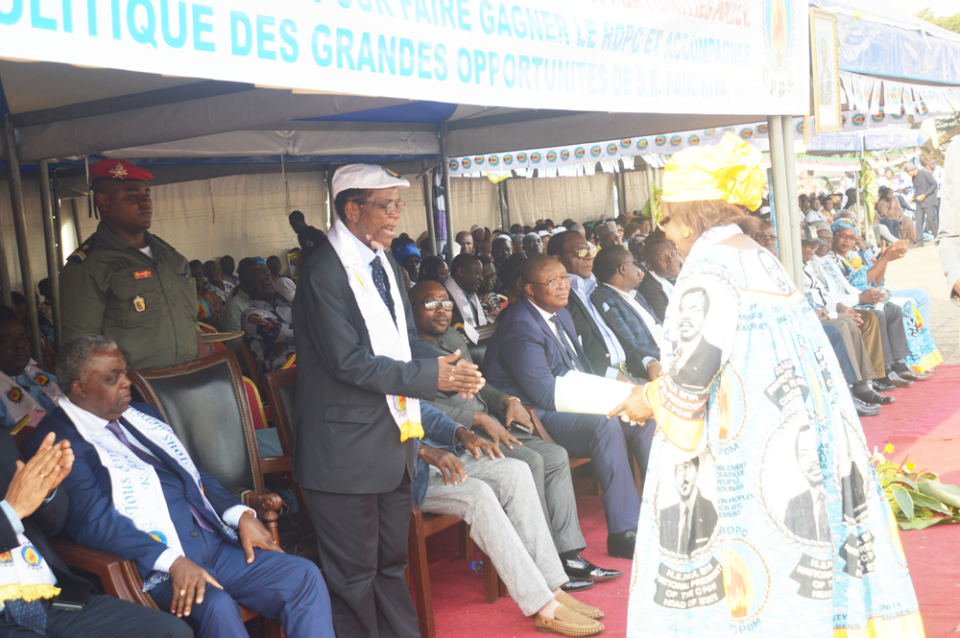 In an application note signed on July 22, 2021, the Secretary General of the CPDM Jean Nkuété tunes the process on living together, promoting women and youth, and embra-cing militants with disabilities.

In the same vein as the government, the SG wants an election process to be inclusive.
Jean Nkuété in the note asked militants of the party to give a place to the physically challenged. To include members of non-native community. Jean Nkuété is specific on the number of women and youth to be included. “At least three women in CPDM”, the SG said.
At the youth wing “six women and six young women” in the WCPDM executive is the quota set by Nkuété. The note has other aspects that make the renewal process of 2021 to standout from previous years. A sign that the CPDM is working constantly to beat own records. It portrays the CPDM as a methodical and ingrained Party unlike the others. The elections will be a showcase of democracy within the Party.
The electoral lists will be generated from the data collected during validation process, organised earlier this year. The Electoral lists, according to the SG’s note will be drawn up by each wing; CPDM, WCPDM and YCPDM from the cell up to the section. Jean Nkuété instructs that the lists should be posted three days before the election date. This allows corrections.
As per the Basic Texts of the CPDM, the election shall be a one-round election and in case of a tie , the list with the highest average age is preferred. A voter among other conditions must be update as far as statutory contributions to the party are concerned. In total, six years of contributions from the last renewal in 2015. As for a candidate, a non-refundable deposit ranging from FCFA 1000 at the level of the cell up to 100,000 at the section level is one of the conditions candidates are expected to fulfill. Critics that often question how the CPDM is funded have partially been answered.
To seek the office of Section President, a candidate must have held a position at the Section executive, WCPDM or YCPM President or Secretary General in any of these wings of the party. This condition bars adventurers from infiltrating the party from the top. However, members of regional council, members of government, mayors, MPs, senators, members of the national bureaus of WCPDM and YCPM and members of Central Committee are exempted from this prerequisite.
The note of the SG is also clear on those who cannot run for posts at the basic organs of the party. Members of permanent Delegations, personnel of general secretariat, heads of diplomatic missions and consular post, including ex officio members of the CPDM (first and second class traditional rulers) are among those the SG has decided to debar from the race. Nkuété also ruled out comrades admonished by the National President Paul Biya in his decision of September 9, 2020. The SG in the note outlined the disputes-handling set up during the process. Disputes will be resolved largely at the level of the section. He gave deadlines within which disputes should be tabled, the competent party authorities to examine the complaints and the deadline to pronounce the judgement. It would appear the SG is using internal elections as a mock to face opposition parties in general elections.