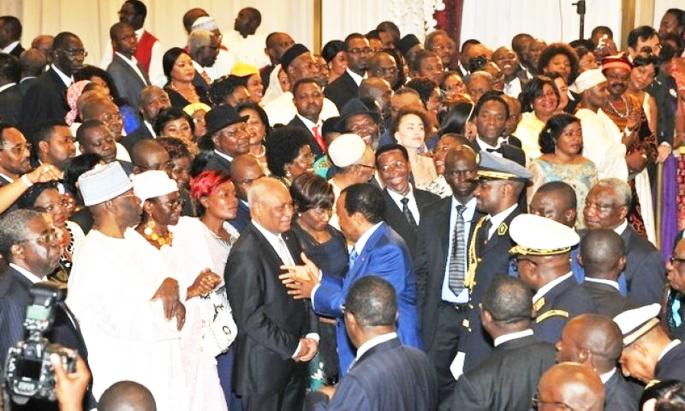 The 47th edition of the National day was once again an occasion for the “Father of the nation” to celebrate the virtues of unity with his fellow citizens.

In keeping with tradition, the feast was beautiful. One man’s presence made all the difference as usual. When Paul Biya set foot at the May 20 Avenue last Monday, the joy of the people in seeing their leader was quite visible. Given the context of this year’s celebration (persistent crisis in the North West and South West), his presence spoke volumes. Since his re-election for the seven year mandate, this was the first time he was presiding at the national day celebration. Upon arrival, and after the national anthem had been performed, he made a tour which in the past years went no farther than the Camtel building. This year, in his presidential limo, the Head of State did the central post office round about, waving at the crowds and drawing rasping applause from men, women and children turned out for the day’s festivities and who were visibly happy to see their president.

His posture at the tribune like a father proud of his children’s accomplishments was telling. He clapped, cheered on, exchanged side talk in a visibly content mood with the First Lady Chantal Biya, on hand to support her spouse like always.

The bond Cameroonians have with Paul Biya is one that has over the years been solidified by his perpetual quest to better the living conditions of the people. His urge for his fellow compatriots to defend fatherland has increased especially in the face of situations seeking to undermine the unity of the state. Like the father he is, he has always shown Cameroonians that it is for the greater good of the people that the image of the country must be preserved at all time. And this year’s national day celebration had a new resonance to it, as Cameroonians of all walks of life, different political convictions once again showed proof of their love for the nation by gathering round their leader to send across the message of remaining as one in the good and bad times.

And like children awaiting candy, so was the crowd at the Unity Palace later Monday evening. When Paul and Chantal Biya walked into the banquet hall of the Palace, the smiles were so bright, the applause so loud that if ever there were doubts of the people’s love for the first couple, these were dissipated..