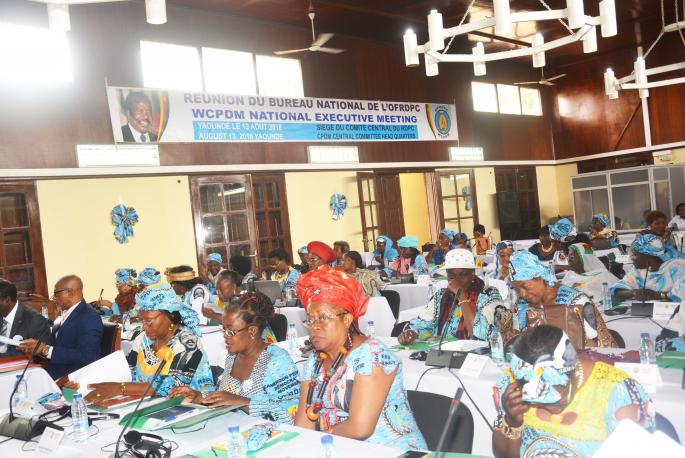 A document devised to help women know more about the composition of candidates’ files for upcoming elections has been made available to encourage more women tender their candidatures.

The clamour for more women to be seen in spheres of power has resounded so loud and the CPDM, Party in power has continued sounding the gong to the hearing of its amazons. Legislative, municipal and regional elections are expected any moment and the National Bureau of the WCPDM is bracing up for the race. To give its fellow women comrades a lead, the National Bureau has drafted a document which states what is needed for one to stand as candidate in the upcoming elections, making it clear the profile and documents to put together for this to materialize. During the seminars organized by the Party’s Academy last March 16 in all ten regions of the country, there were special lectures which hinged on the role and electoral responsibilities of women. These were specially designed to remind the women that though as animators of the party, they should also gear up to take the lead.

The CPDM has long considered women reason why in the composition of lists during such electoral stakes, a quota is reserved for the female folk. Considered as better managers, the Party has often endorsed women candidacies and this explains the National Bureau’s stance to leave nothing to chance. The special document prepared for the WCPDM section presidents who in turn will ferry across the message is a way of giving the women a step ahead of their male folks. It was during a seminar that brought together members of the Bureau in preparation for the presidential elections that the idea to come up with practical guidelines was born. Under the stewardship of their president Mrs. Yaou Aissatou, the Bureau has now provided the women with a tool that should go a long way in helping them get set for the elections in which many women are expected to not only back the candidacies of the male folk but be themselves at the fore.
The National President of the party Paul Biya has made known his intension to give women and youths a chance and it is why the women are putting in their all to make things happen in their favour. It is expected that as more teams travel hinterland to relay word on the seminar organized by the Party’s Academy, more women will be drilled and brought to date on the contents of the document.