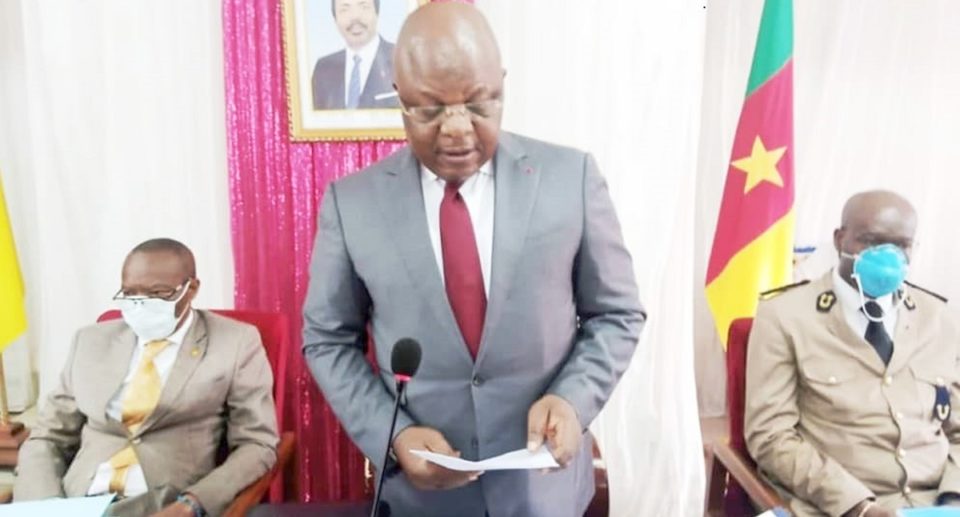 Residents of the Northwest and Southwest made recommendations to the National Coordinator of the Presidential Plan for the Reconstruction and Development of the two regions during his ten-day visit.

The populations of the two regions embraced the plan. However, they made some suggestions on how to improve the initiative of President Biya. Some were razor-sharp wishes of divisions of long-time demands to the government and the Head of State, Paul Biya.
The people of Fako Division in the Southwest region, want all roads leading to the regional capital Buea to be passable and in good condition. This was one of the key demands when the representatives of the division met the coordinator Minister Paul Tasong and his team. In the same vain, the people of Meme, Lebialem and Kupe Manuneguba placed roads at the top of their demands.
When it was the turn of Ndian, the Prime Minister’s division of origin, the delegates requested the rehabilitation of Pamol, an agro-industrial company that produces ‘red oil’. The structure employs many and collapsed because of the activities of armed groups in the area. Before the advent of the crisis; government promised a modern processing unit in the company. Ndian people want the government to consider the promise in the reconstruction plan. CDC, another agro-industrial giant which straddles across divisions in the Southwest region and employs many has almost folded up because of the crisis. With the plan, the population is hopeful that the company will ‘resurrect’. Manyu wants to become the 11th region of Cameroon. To them, becoming a region would pull development to the area.
While in the Northwest region, Paul Tasong received similar demands from the population during his team’s five-day consultation. The Northwest Chapter President of the Cameroon Association of English-speaking Journalists (CAMASEJ) Ambe McMillian Awa begged for the reconstruction of media houses to be included in the plan. Several radios have been torched during the crisis. Ambe McMillian, also requested access to truthful information for journalists about the plan.
The Mayor of Bali Wandum Ernest recommended “mental” reconstruction as the start off point. “I keep insisting that the mindset of the people have to be rebuild or reconstructed before work begins,” he stated. Wum Area Development Authority (WADA), Bamenda Stadium and Bamenda-Babajou road were some of the projects that emerged as urgent needs during the sessions. The ring-road that passes through all the seven divisions of the regions was also mentioned. Government has tarred the road in patches and some stretches are bad. Paul Tasong also Minister Delegate in Charge of Planning at the Ministry of Economy revealed that the Menchum Dam, a long-time dream of the Northwest Region would be constructed in a close future.
Despite the pass mark given to the reconstruction plan, the Vice Speaker of the African Youth Parliament Melvin Songwe thinks that the government ignored persons with physical disabilities and few youths took part in the discussions. Some 12000 homes are among the properties to be reconstructed in the Northwest and Southwest regions.